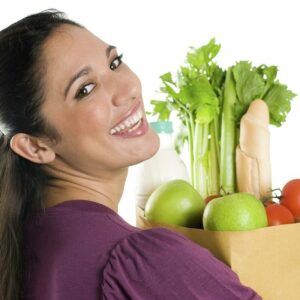 Not many people have heard the name Dr David Unwin, but he has caused quite a stir in the medical arena recently. He has published a paper showing that his type 2 diabetes patients who follow a low carbohydrate, low sugar diet have got their blood sugar levels under control and some have even stopped medication completely. Plus those who are overweight are slimming down.

He’s even had an article written about him & the controversy he’s causing in the New Scientist magazine (11 Jun 2016).

It’s great to hear more and more in the press about those advocating that sugar is bad and that saturated fat will NOT make you fat.

Another recent publication causing a big uproar is the National Obesity Forum report.

The report says the low-fat and low-cholesterol message, which has been official policy in the UK since 1983, was based on “flawed science” and had resulted in an increased consumption of junk food and carbohydrates.

Processed foods labelled “low-fat”, “lite”, “low cholesterol” should be avoided at all costs and people with Type 2 diabetes should eat a fat-rich diet rather than one based on carbohydrates, the report urges.

Another believer of this type of diet is Michael Mosley, the BBC science journalist, famed for the ‘Trust me, I’m a Doctor’ series and popularising the 5:2 diet.

He now has his own diet website, ‘The Blood Sugar Diet‘, aimed at helping people who are worried about their blood sugar levels, need to lose tummy fat or wanting to reverse Type 2 Diabetes. He claims that his diet theory is based on more than ten years of research carried out, by amongst others, scientists at Newcastle University, UK.

His website states:
‘The Blood Sugar Diet is based on eating a low carbohydrate Mediterranean style diet. This contains few refined, starchy carbohydrates (because these convert rapidly to sugar in your blood), lots of green and coloured vegetables, plenty of protein and, you may be pleased to hear, it also includes moderate amounts of healthy fats such as olive oil and even some dairy products such as full fat unsweetened yoghurt to keep you feeling full for longer.’

Once again, it’s great to hear mention that full fat is better for you. Especially when unsweetened! I’ve been blogging about the health issues of the low fat con (& inescapable sugar addition) for ages – you can read my past blogs about fats & sugar here… and watch ‘That Sugar Film‘ by Damon Gameau…

To help you build a healthy new relationship with food and your body image, join our Nourish Your Body retreat with Dr Claire Maguire.

Sunshine on my shoulders… Part 2
Does it cost the earth?
7 tips for the best morning routine
Amazing Mayo