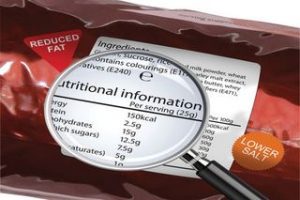 It’s about a year ago that Don Barrett filed his first case against the big food companies in the USA.  And it’s about time – I’ve been writing about the dangers of sugar (my blog: Sugar Sucks, Oct 2010) and its potential addictive nature for a long time now plus the inadequacies of food labelling (blogs: What’s in a Name & Don’t be fooled).

For those of you who don’t recognise the name, Don Barrett is the small town Mississippi lawyer who took on the big tobacco companies and won back in 1998.

Mr. Barrett and his team are now hoping to hold the food industry accountable (at least in California to start with).  As written in the recent Sunday Times article, Barrett is not trying to prove that the products harm our health nor that the advertising is deceptive.  He is simply trying to prove that what they say about their own products is untruthful and illegal.  So, at the heart of the claims against food makers such as Coca-Cola, PepsiCo., Heinz, Nestle and Mars, are misleading food labels which according to Plaintiffs violate federal regulations by wrongly labeling products and ingredients.

“Food companies will argue that these are harmless crimes — the tobacco companies said the same thing,” Mr. Barrett said. “But to diabetics and some other people, sugar is just as deadly as poison.”  (see NY Times, ABC News).

It sounds a bit like Al Capone being convicted of tax evasion, but if it works then bring it on…

Sunshine on my shoulders… Part 1
The Low Fat Brainwash
Holiday in the Sun – Restful or Not?
Spreading the word – or not!