Dr Claire Maguire is a published author and in addition to her beautiful recipe book, she has also co-authored the following self-development books in collaboration with The Professional Woman Network. They are now available for purchase on Amazon through the links below: 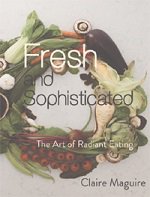 Written by Dr Claire Maguire. This beautiful book showcases her most well-loved dishes from her highly successful transformational wellbeing retreats.  Containing over 80 recipes, each with a stunning, mouth-watering photograph. It covers breakfast, lunch, afternoon tea, dinner and desserts so you can find a dish for any time of the day. 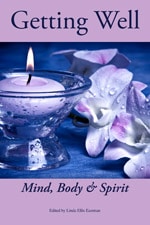 Edited by Linda Ellis Eastman, The Professional Woman Network.
Chapter 6 by Dr Claire Maguire:
‘Putting YOU First: The Benefits of Exhilarating Self-Care’.
This inspiring book contains 26 chapters authored by top international coaches, consultants and experts is a must-read for all women who desire a more healthy life – emotionally, physically and spiritually. 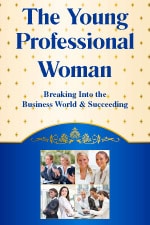 Edited by Linda Ellis Eastman, The Professional Woman Network.
Chapter 26 by Dr Claire Maguire:
‘Three Ways to Increase Your Vitality and Thrive in Your Professional Life’.
With 29 Chapters authored by top international coaches, consultants and experts, this book is ideal for all young women seeking workplace strategies including handling stress, relationships, team-building, goal setting and more.

"I bought Claire’s recipe book mainly for the puddings. They are amazing and mostly guilt free. Some of them are actually easier and quicker to make than cooked puddings. My son hates avocados but he loves the chocolate mousse (haven’t told him yet that it’s made with avocados). One day I’m going to buy a dehydrator and try the savoury dishes too. I bought the fire crackers at the retreat and ate the whole bag on the journey back. Delicious!" – Bianca

"Having been fortunate enough to have tried many of Claire’s recipes , prepared by the author herself, I had to get the book when it was finally released. I don’t have a dehydrator, simply use the oven on the lowest setting with the door open and it has a similar effect but in less time. I have made the almond milk, the lemon cookies, the brownies and the porridge. The salads are divine and if you follow the steps you will end up with the tastiest food that you have never cooked." – Rachael G